Paper Towels – The Most Hygienic Way to Dry Your Hands

Posted by Go Cleaners London on January 22, 2016 in Going Green

A research done by the University of Westminster, empowered by the European Tissue Symposium (ETS), shows that drying your hands with towels for one-time use is safer than using an electric hand dryer. We believe that the information based on the research will help us increase the levels of hygiene across the washrooms across the world.

– Hand dryers tend to spray more bacteria around the room than towels
– The most powerful dryers can spray microbes up to 1.5m into the distance
– Dryers spray bacteria up to 1m from the floor which is the average height of children 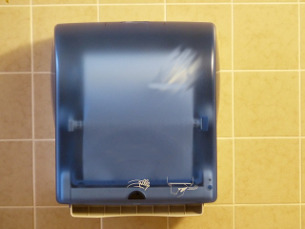 The author of the study, Dr. Keith Redway, examined the levels of microbial contamination and the risk for airborne microbe dispersal caused from hand-dryers. He used four hand drying methods…

….of dryers to find what are the differences between the methods and their ability to disperse microbes on the hands of people to other users of the washrooms.

A powerful jet air dryer can disperse liquid from people’s hands up to 1.5m – more than any of the other methods. The dryer with jet air also caused the greatest microbes’ dispersal into the air compared to the other methods.

From a closer range, the jet air dryers caused 59.5 colonies of yeast, and the paper towels showed 2.2 colonies on average. When it was measured in distance of 0.2m, the result of the dryer was 67 colonies compared to only 6.5 for paper towels.

Here comes the interesting part – from a distance of 1.5m from the dryer, there were 11.5 colonies of yeast and zero when paper towels were used.

Based on the results, the author of the study concludes “Cross contamination in public washrooms is a legitimate public health concern.”, and a quick look at the results is enough to agree with his opinion.